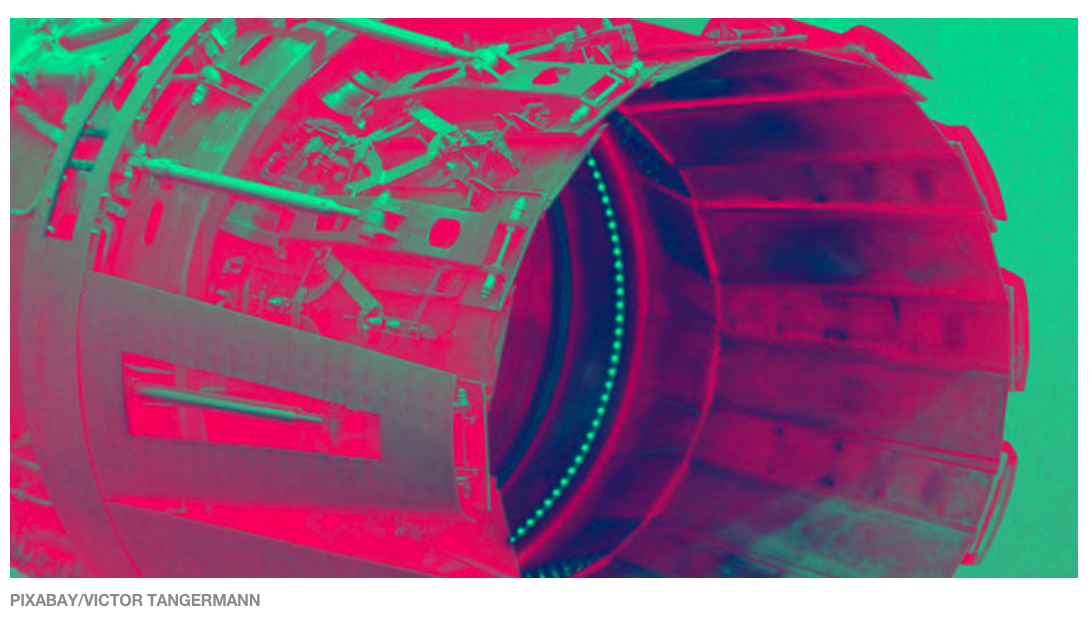 When we think of clean air, & blue skies, free from contrails, chemtrails and the like, airplanes don't exactly have a clean rap sheet. Now imagine if you will, a jet engine that can propel itself without using any liquid fuel, with the potential to pave the way for clean air travel.

A new prototype jet engine tells us, that time may be on our doorstep. The device compresses air and ionizes it with microwaves, generating plasma that thrusts it forward, according to research published this week in the journal AIP Advances. That means planes may someday fly using just electricity and the air around them as fuel. That's right, jet propulsion by microwave air plasma in the atmosphere.
Scaling Up the New Tech
There’s a long way to go between a proof-of-concept prototype and installing an engine in a real plane. But the prototype was able to launch a one-kilogram steel ball 24 millimeters into the air. That’s the same thrust, proportional to scale, as a conventional jet engine.

“Our results demonstrated that such a jet engine based on microwave air plasma can be a potentially viable alternative to the conventional fossil fuel jet engine,”  lead researcher and Wuhan University engineer Jau Tang said in a press release. Yes, Wuhan, China.

So, are we ready for this kind of tech, can world powers get along in time to release it? Look to the skies for evidence, the proof will be as clear as day.